Are we really entering a post-antibiotic era?

In the past few years, it seems that antibiotic resistance has become a widespread, global challenge. More and more patients are finding it much harder to deal with their illnesses, and antibiotic-resistant bacteria are the culprit.

Take for example the case of gonorrhea.

Gonorrhea is a sexually transmitted disease that commonly affects men and women of ages 16 to 24. It can cause infections in the genitals, rectum, and throat. When the genitals are affected, its symptoms are similar to those of UTI. Patients experience a burning sensation when urinating, but there are also other symptoms, such as having a whitish or yellowish penile discharge for men and increased vaginal discharge for women.

While problematic, gonorrhea can be treated quite easily through antibiotics. But recent data suggest that it’s no longer the case.

Data from 77 countries show that antibiotic resistance is making gonorrhea much tougher and sometimes impossible to treat. According to Dr. Teodora Wi, Medical Officer of Human Reproduction at the World Health Organization, the bacteria that causes gonorrhea have become “particularly smart,” as they evolve to resist antibiotics every time they are prescribed.

However, the wider and more concerning problem is that this isn’t contained in gonorrhea cases alone. Diseases such as the common urinary tract infection (UTI) are also becoming much harder to treat nowadays. In fact, there’s already a documented case of a superbug found in a UTI patient. 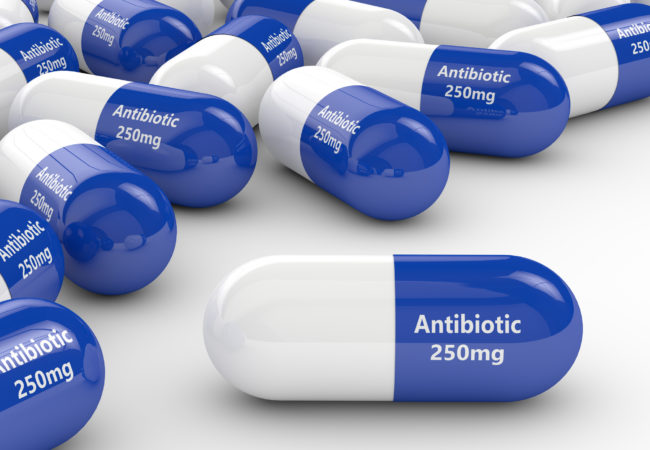 It’s important to clarify that when we talk about antibiotic resistance, it’s not the person who’s developing resistance to the antibiotic, but the bacteria that causes the disease. It usually happens when the same breed of bacteria has become too familiar with certain lines of antibiotics, causing them to evolve into a much tougher form. Under-use and improper administration of antibiotics can also cause bacterial resistance to drugs.

This is why pharmaceutical companies here in the Philippines are strictly promoting compliance to antibiotic use.The Department of Health has already acknowledged the spread of superbugs in Southeast Asia, Europe, and North America, citing antibiotic misuse as the main cause. Pharmacies, on the other hand, are responding by strictly regulating antibiotic sales and distribution.

If this problem does not improve, it’s estimated that about 10 million would die per year from resistant infections, according to economist Jim O’Neill. Treating illnesses that are once common and easy to manage can become impossible to cure.

So what’s the next step?

It seems that prevention is still the only sure way to fight antibiotic resistance to UTI or any other bacteria-caused infections. Those who are particularly prone to UTI, especially women, can benefit greatly from increased fluid intake, a balanced immune system, and good lifestyle habits.

But in addition, the medical community is also working on new initiatives to develop a new breed of solutions for antibiotic resistance. One of these is the single-dose antibiotics.

As it’s taken just once, these drugs lessen the risk of antibiotic misuse (whether under-use or over-use), leading to better infection management.

The medical community is also focused on creating new antibiotics that will be much more powerful against bacterial infections. It seems, that while bacteria are mutating to become stronger against drugs, scientists also need to improve our medicines to adapt with how bacteria’s make-up is changing.

For now, UTI patients that experience repeated cases of UTI can benefit greatly from talking to their doctors about powerful alternatives to long-term antibiotic treatments. Asking your doctor about single-dose antibiotics for UTI can lessen the chances of bacterial mutation leading to drug resistance.